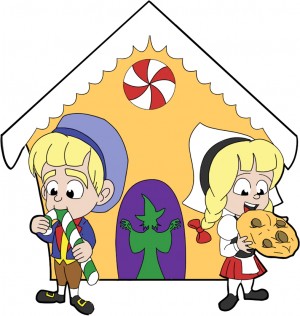 ‘Home and away’ is a classic type of plot often found in fairy tales and ancient sagas. Master of fables Hans Christian Anderson often used it. If you’re thinking of writing a story about a hero who goes off and saves the world then the ‘home and away’ style could be for you.

The style does what it says on the tin. Basically, the protagonist (hero) sets out on a journey or a quest, conquers said quest and returns home.

Hans Christian Anderson used this technique in multiple stories such as the original telling of the little mermaid where she returns to the sea in the form of sea foam. However, a more recent example would be the movie Shrek in which the ogre goes on a mad journey to rescue Princess Fiona but ends up returning to his swamp with her instead of giving her over to the evil lord.

As you can see this technique is very simple yet versatile. It dictates a clear beginning (the home part before the hero sets off), middle (the adventure) and end (what happens when the hero gets back). Once you’ve got these elements all you need to do is make up the details in between and put flesh on the bones of your tale.

Hans Christian Anderson was a Danish author whose stories (although seemingly aimed at children) had diverse meanings that taught adults and children lessons in virtue.

This man was so inspirational that he even met Charles Dickens when visiting England, suspiciously after this happened Dickens went on to use the same style of writing especially apparent in his novel Great Expectations and even The Christmas Carole which both also follow the model Home Away Home.

Hmmm… sounds a bit fishy to me!

Copyright Creative Writing Club © 2015. All Rights Reserved. Your use of this site signifies your acceptance of its terms. Unless otherwise stated, text images, video or other content this site may not be reproduced without prior permission. Contact [email protected] to request permission.