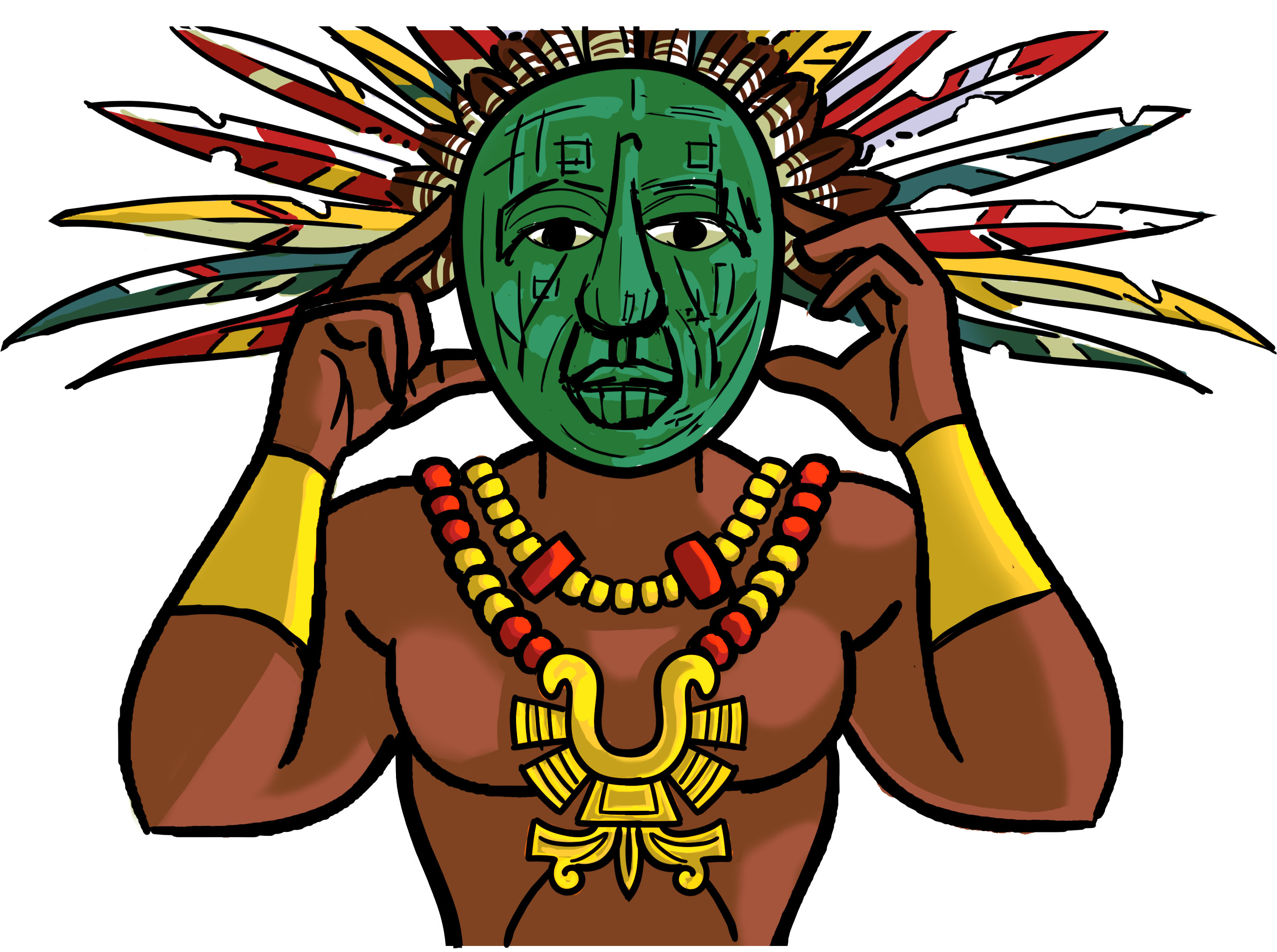 After ruling for two centuries and building pyramids and temples, the mighty Aztecs met their nemesis. The ‘explorer’ Hernán Cortés – took over the whole Empire with trickery, alliances and a few hundred Spanish conquistadors.
Download the Storymaker http://club.creativewritingclub.co.uk/themes/aztecs/resources-to-print-the-aztecs/

⊕ Go through the steps below to create your story...

1. Choose a name for your first character (female)

4. Choose two objects to be in your story...

The conquistadors were hostile Spanish soliders who came in search of the Aztecs legendary 'cities of gold'.

5. Write the story from the most exciting part...

If you are working with a partner - write one line each.

Copyright Creative Writing Club © 2015. All Rights Reserved. Your use of this site signifies your acceptance of its terms. Unless otherwise stated, text images, video or other content this site may not be reproduced without prior permission. Contact [email protected] to request permission.